LG has not officially announced any details on the launch or availability of the K92 5G. Evan Blass on Twitter also suggests that the LG K92 5G may be sold by Cricket Wireless in the US, indicated by the telecom operator’s branding on the back mention cricket.

Unfortunately, we don’t know anything else about the camera specs of the impending K92 5G, although if the Q92 5G is any indication, the Quad 64MP main imaging sensor could be joined by an 8-megapixel ultra-wide-angle lens, 2MP macro shooter, and 5MP depth sensor. Of course as you can see on leaks on picture there four lens on back, the Q92 5G comes with a humbler 48MP rear Quad camera and 32MP front camera with hole-punch, so it’s probably best not to take anything for granted yet.Back in August, LG Q92 was launched in South Korea. it’s Powered by the Qualcomm Snapdragon 765G chipset with 6GB RAM of 128GB internal storage. 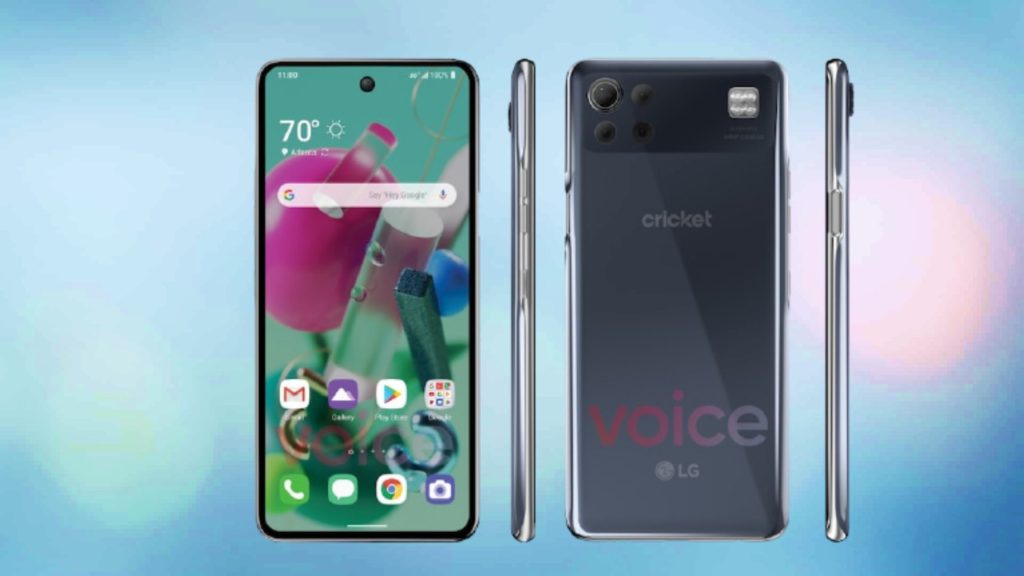 K92 It features a quad camera and a quad LED flash, both arranged in squares on the back. Notice that only one of the cameras sticks, the other three are flush. Anyway, the front-facing camera is mounted inside a centered punch and there’s a side-mounted fingerprint reader plus a Google Assistant key.

we expect the K92 5G to cost no more than $500 with the same Snapdragon 765 processor under the hood, a side-mounted fingerprint scanner in lieu of in-display biometric recognition technology, and presumably, a 6GB RAM count in combination with 128GB of internal storage space.

Cricket Wireless offers 5G connectivity on top of AT&T’s network, but currently it sells only one 5G capable phone. Soon it will add the LG K92 5G to its roster, the first model in the K90 series.