LEGO has now unveiled the largest set yet for its LEGO Super Mario series: a 2,807-piece kit of Mighty Bowser. Designed for adults and more experienced builders, the new collectible carries an innovative design that allows the statue to actually move, giving you the ability to control its head, neck, mouth, arms legs, and tail through the press of a button.

Lego will release “The Mighty Bowser” set on October. 1st 2022, and it’ll run builders price in U$269.99. But like most expensive Lego sets, this Bowser build comes with 2,807 pieces, so it’s going to take a while to put together.

It’s the largest of any Lego Super Mario sets so far; comprised of just over 2,807 pieces, this addition to the ‘Adults Welcome’ range is weighs in at 12.5 inches tall and 16 inches wide. Lego Seeing as it’ll cost $269.99 direct from Lego(official website) in the US or £229.99 in the UK, Lego The Mighty Bowser also has a price to match. 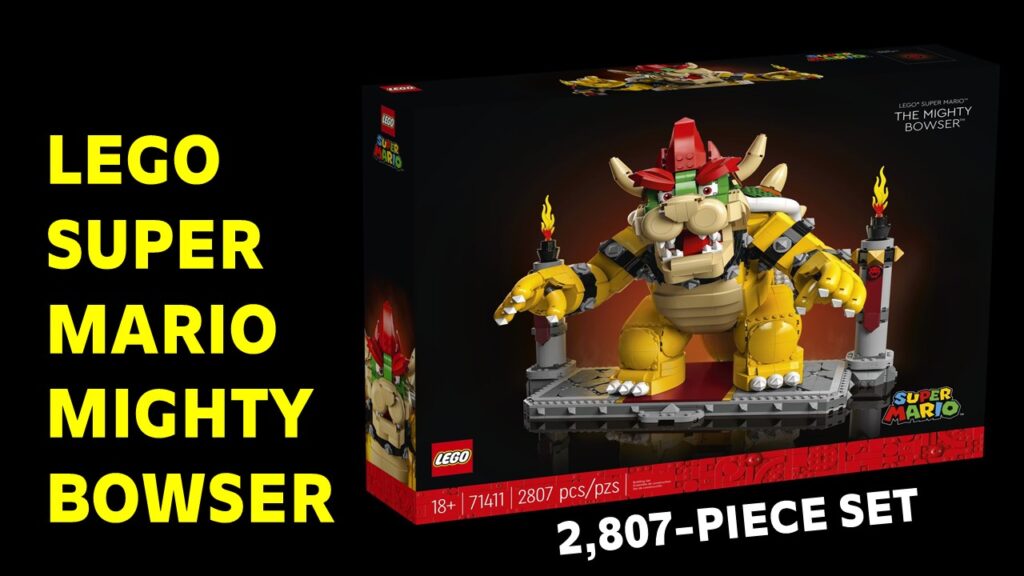 Interactive play
Display The Mighty Bowser on the brick-built battle platform, which has 2 towers for him to knock over, a hidden POW Block and an Action Tag.

Lego The Mighty Bowser can spit ‘fireballs’ (or little orange studs, in this case) and has buttons to control the movement of his head or neck. Much like the recent Lego Optimus Prime, this kit comes with posable arms and fingers too. However, The Mighty Bowser differs by coming with a Lego brick display platform complete with blazing torches.

LEGO building bricks and pieces are tested in almost every way imaginable to make sure that they meet demanding global safety standards. 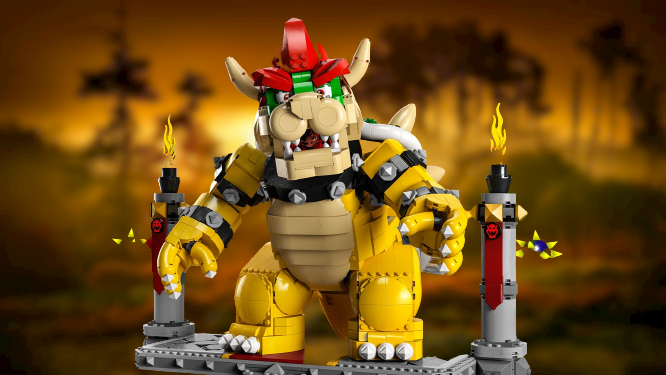 Designed for adults and more experienced builders, the new collectible carries an innovative design that allows the statue to actually move, giving you the ability to control its head, neck, mouth, arms legs, and tail through the press of a button.

Mario’s arch-nemesis is getting his own massive LEGO set — The Mighty Bowser — with interactive sound effects and the ability to shoot fireballs.

“Peach’s Castle Expansion Set” and “The Adventures with Peach Starter Set,” also releasing this fall. All the LEGO Super Mario collection figures can connect to a companion app through Bluetooth, allowing users to win coins through minigames included with each set or even play head-to-head games against a friend.

This isn’t Bowser’s first appearance in the Lego Super Mario collection. A much smaller version of the famed baddie was included in the Bowser’s Castle Boss Battle expansion playset, but given how the character towers over Mario in the video games, this new version, built from 2,807 pieces, appears to be more appropriately scaled to the interactive Lego figure.

The Mighty Bowser 71411 | LEGO Super Mario| Buy online at the Official LEGO Shop US. For those interested, the new Mighty Bowser set will be official available October 1 for $269.99 USD.

The Lego Super Mario the Mighty Bowser set will be available for sale starting on October 1, and will sell for $269.99, matching the price of the set in Europe as a result of the toy maker’s recently announced price increases.

A great gift for any Super Mario fan and fun for all the family, this set includes step-by-step instructions to guide the complex build here https://www.lego.com/en-us/product/the-mighty-bowser-71411