Amazon announced a household robot called Astro, designed to for home monitoring, setting up routines and reminders, and playing music and TV shows, new Amazon a personal robot called Astro that can roll around your home. 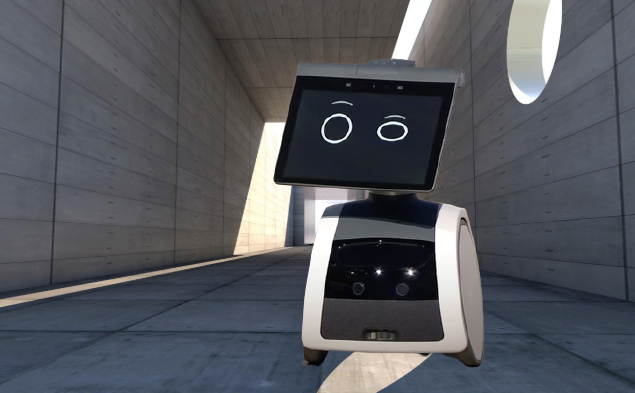 An autonomous dog-like robot named Astro home robot that uses artificial intelligence and mapping technology to zoom around one’s house. It’s packed with cameras to record what it sees. The device will cost $999 when it launches later this year in 2022 and will only be sold by invitation from Amazon at first.

Amazon’s Astro robot. Meetings make clear this is a surveillance device that will follow you everywhere, learn your behavior, and adjust its behavior accordingly.

Astro is reportedly designed to hoover up a ton of data about your home and everyone in it.

There’s much more to the Alexa-powered bot than its beatboxing skills.

What does the Amazon Astro robot do?

A lot. Amazon said Astro, which is like Alexa on wheels, can monitor home security, keep tabs on your elderly and young family members and generally be at your beck and call for all your Alexa-command needs.

The home robot can also be paired with an app that allows the homeowner to livestream video from within the residence while they aren’t there, Motherboard reports.

The periscope camera can extend up to 42 inches.

In addition, Amazon Astro Robot can act as a mobile entertainment center and virtual assistant on wheels. The robot’s digital face appears on a 10.1-inch touch-screen display that can also beam video calls.

In terms of remote elderly care, Astro can reportedly recognize faces, look for an elderly person and provide status notifications for caregivers. Plus, with future Alexa Together integration, you’d be able to set up routines for medication reminders, write shopping lists, get activity alerts or check blood pressure.

Amazon has announced an autonomous dog-like robot named Astro that uses artificial intelligence and mapping technology to zoom around one's house. It's packed with cameras to record what it sees. The device will cost $999 when it launches later this year. https://t.co/QQJrcZqdvV pic.twitter.com/5letK1wKYL

“Amazon Astro home robot can follow you from room to room while playing your favorite shows, podcasts, or music,” Amazon said. “It can also find you to deliver reminders, let you know that a timer went off, snap a family photo, and notify you of incoming Alexa calls—with the ability to follow you around your home while you are on the call.”

When is the Amazon Astro robot coming out?

Astro home robot will ship to pre-order customers before Jan. 1, 2022.

Astro robot will retail for $1,499, the company plans on selling the first units for $999 to early adopters. The company is making it available to initial buyers through an invite system via Amazon’s Day 1 Edition program.

“Astro home robot will be available in limited quantities, and we plan to start granting invitations and shipping devices to customers in the US later this year,” the company added.

Amazon has announced Astro, a smart home robot on wheels that's powered by Alexa and can patrol your home. pic.twitter.com/my2cpYk1UI